This Week in Canes Basketball

Posted by vishnuparasuraman on November 28, 2019 in Basketball 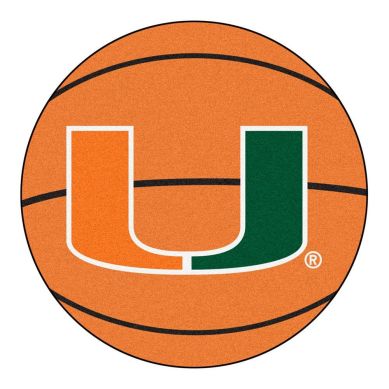 Miami struggled in both Men’s and Women’s basketball this week, as they headed on the road for neutral site tournaments.

The men headed to Charleston and played 3 games, going 1-2 in those 3 games. Miami started the tournament well enough, building an 18-point lead with 10 minutes left against Missouri state. From there, the Canes played 90 of the worst minutes of the Jim Larranaga Era. Missouri State cut the lead to 3, but Miami hung on for a 4-point win. The Canes then proceeded to get blasted by Florida by 20 and UCONN by 25. Over the last 90 minutes of basektball in Charleston, the Canes were outscored by 59 points.

There is very little positive to talk about with these Canes. All 3 games featured awful second half performances, where the Canes got punched in the mouth, and dropped gloves. This includes the win against Missouri State. It’s going to be a long season for Miami.

The Women’s team struggled in Chicago as well. They started off really poorly aganist NC A&T, where they were a huge favorite. But trailing by 11 with less than 5 minutes left, the Canes went on a huge run and pulled off a miracle comeback, hitting a game winning 3 to squeak by with a 1-point win. They actually played better against DePaul, who is a similarly ranked team, but picked up their first loss of the year. DePaul was the home team in that game and Miami stayed neck and neck with them. The Canes were tied at the half, but DePaul outscored them by 6 in the 3rd quarter. The Canes fought back in the 4th, getting as close as 3, but were unable to win.

With the holidays, the women host a tournament while the men have a week off. So we’ll preview the next 2 weeks, which includes the ACC-B1G challenge for both.

After an extremely necessary week off, the Canes will travel to Illinois for the ACC-B1G Challenge. The Fightin’ Illini have one loss, at a ranked Arizona team. They opened the season needing OT to beat Nicholls State, but after that, have blown out every other opponent with Arizona being the exception. Overall, Illinois scores a lot, having eclipsed 75 points in all but 2 games, and recently putting up well over 100 against Hampton and Lindenwood. Illinois also takes the week off prior to the ACC-B1G Challenge.

Illinois features a 3-headed scoring monster with Ayo Dosunmu, Kofi Cockburn, and Andres Feliz all averaging over 15PPG. Giorgi Bezhanishivili also averages over 10 and can hit 3s if left open. In particular, Cockburn might be an issue for the Canes undersized front line. He is averaging 12 RPG and dominate the interior. Absent foul trouble, he should have a field day. He’s also a legitimate 7-feet tall. Illinois’ guards are also tall, which will be another problem if Lykes plays extended minutes.

Overall, this is a bad matchup for the Canes on paper, and playing at Illinois will make it that much tougher. The Canes will need to shoot at a high-level from 3, which is something they have not done.

The Women’s Team host a Thanksgiving weekend tournament with games on Friday and Saturday. They open with one of the best teams in the country. Oregon State is ranked 5th or 7th depending on the poll you look at, and crushed the DePaul team that the Canes lost to. But cross-country travel on a holiday is not easy, so maybe that will help the Canes. Oregon State will be a challenge regardless.

Miami’s second game will be against the other Miami. This game should be much easier. The Red Hawks have 2 losses, including a blowout loss to DePaul. Their other loss was to Bradley. They are 4-2 and have some decent road wins, but this should be a win for the Canes.

The Canes conclude a trying 4 game stretch with their 3rd game against a ranked opponent, hosting Indiana in the ACC-B1G Challenge. Indiana is undefeated and ranked 17th. We’ll know a lot more about Indiana prior to this game since they play #5 Baylor and #2 South Carolina before heading down to Miami. They are currently 4-0, with the most notable win being a blowout of Florida. At the time of this writing, Indiana has played 4 games, but by the time they play the Canes, they’ll have played 7, so this preview is probably premature. With that said, this will be another tough test for Miami.

Miami had some deficiencies exposed in Charleston.  Unfortunately, this is not a get right spot going on the road to face Illinois.  Illinois is good, and Miami is not playing good basketball right now.  Illinois plays a style that works well with Miami, but the difference is that Miami has not shown an ability to get stops.  I doubt it happens in this one, too.  Illinois wins by 15.  As for the Women, this is also a tough three game stretch.  The good news is that all these games are at home, which always makes a difference in competitive action.  Miami splits the Thanksgiving Classic, beating Miami Ohio but losing to a strong Oregon State team.  But, they’ll notch a big victory in the B1G challenge by knocking off Indiana at home.

We don’t really do Women’s predictions (again, completely lack of knowledge would make it foolish), but they are certainly the more interesting team right now, and host one of the best teams in the country this weekend. They are challenging themselves and hoping to build a host resume, which is nice to see. They are in the midst of a tough stretch but I think they’ll go 2-1 over it.

The Men are really struggling. It’s hard to imagine them competing at Illinois. As the season goes on, hopefully they grow, but right now, they are just not competitive against better teams, and Illinois will qualify as just that. I think we’re in for another blowout. Illinois by 20.